The quest for nests: In search of broad-winged hawks

Home » Home Page News » The quest for nests: In search of broad-winged hawks

During the summer broad-winged hawks nest in the forests of Canada and the eastern United States. But where do they go in the winter and how do they get there? 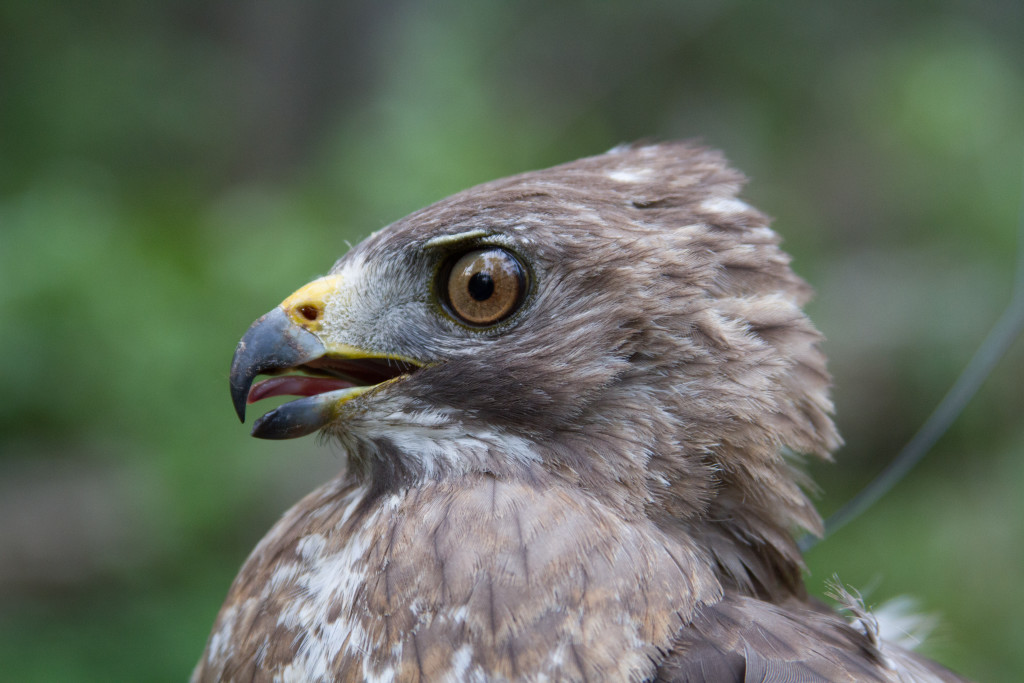 To answer this question, Erin Bayne’s lab at the University of Alberta in Edmonton, in collaboration with the Smithsonian Migratory Bird Center, as part of their Migratory Connectivity Project, deployed tracking devices on broad-winged hawks and 4 other bird species in Alberta including; rusty blackbird, olive-sided flycatcher, palm warbler, and common nighthawk (click on each species to view our other blogs). 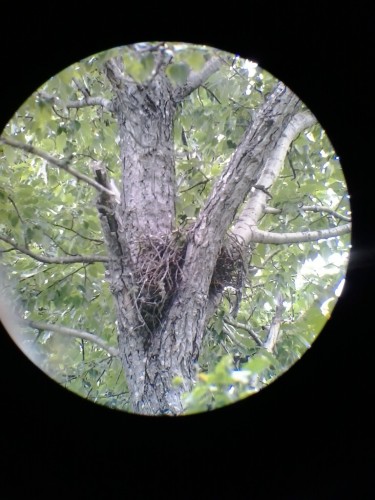 In Alberta, the broad-winged hawk is listed as a sensitive species most likely because they require large stands of mature forests for breeding habitat. This need for large tracts of mature forest may also be the reason that their nests are so hard to find! You might think because they are a larger bird that finding their nests would be easy however, this was not the case. It took several days and many observers to locate active nests! Eventually, we found three pairs of nesting hawks and prepared to capture the adults.

To capture broad-winged hawks near an active nest, we use a dho-ghaza net. The net is made of thin material which is difficult for the bird to see. Near the net we uses lures that attract the hawks near the net. Our first capture was an adult female broad-winged hawk. Our next capture, an adult male at the adjacent territory, and our third capture another adult female. 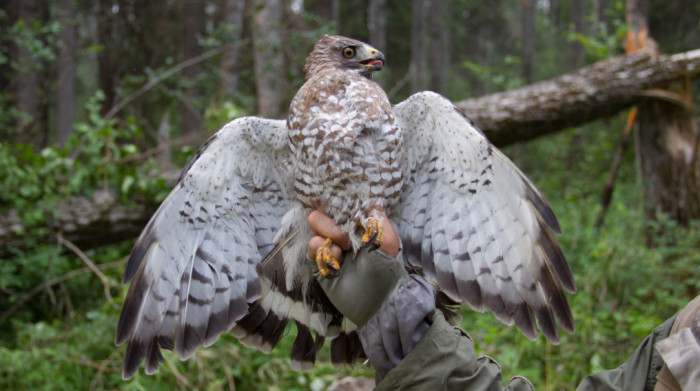 After capture, we take measurements of the bird and attach the transmitter. The units for broad-winged hawks are 9.5 gram solar-powered satellite transmitters, attached like a backpack. The unit sits squarely on the back of the bird in between the wings. Each unit has 2 solar panels on the top that allows them to charge continuously while on the hawks’ back. The units may last as long as 3 years giving us multiple years of migration pathways and breeding and wintering locations. 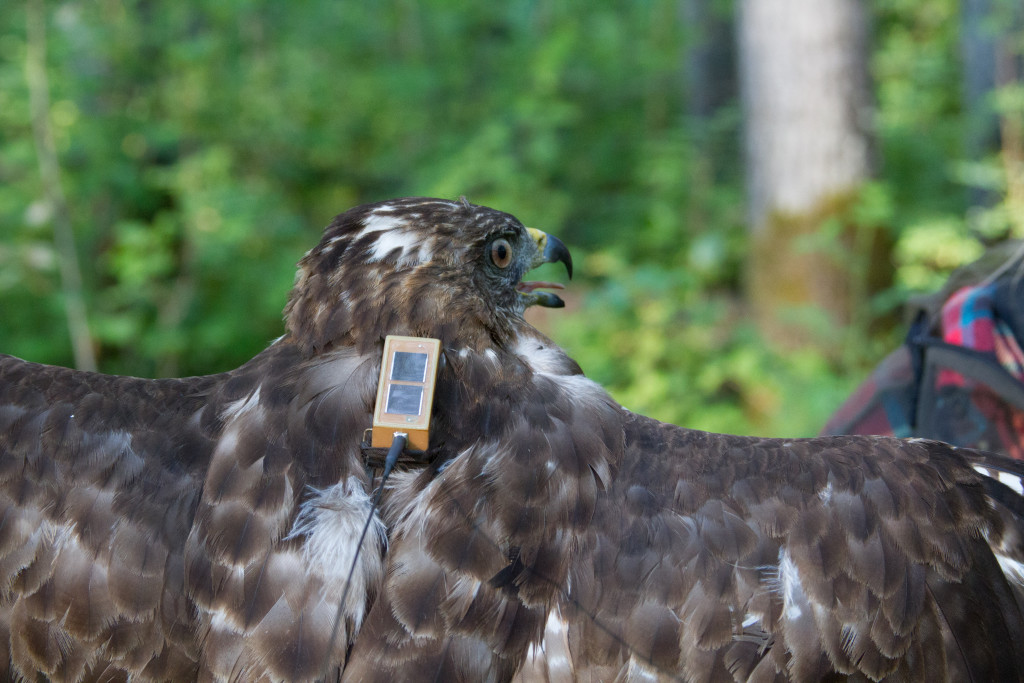 We are anxiously awaiting the beginning of fall migration so we can learn where the broad-winged hawks from Alberta’s boreal forest spend the winter and which migratory pathways they fly along in both fall and spring. Check out our live map here!