In late May, as part of a Migratory Connectivity Project and Smithsonian Migratory Bird Center collaboration with professor Erin Bayne at the University of Alberta (see more blogs from our Alberta research) I traveled to northern Alberta to find, capture, and attach GPS geolocators to rusty blackbirds. These tiny devices – around 2g – record 50 locations over the course of a year. The only catch is the data stays on the transmitters so we have to retrieve the units the following year. But for a migratory bird in steep population decline like the rusty blackbird (90% decline since 1966), the geolocator can record critical information, such as migratory routes, key migratory stopover locations and wintering habitat—all with about 20m accuracy.

The first few days of my trip were challenging. I flew from Washington, D.C. to Edmonton, then drove north to a field camp in search of rusty blackbirds (Rusties). Upon arrival to the camp, we found a black bear had eaten half the seat of a brand-new four-wheeler and punctured one of the tires with its teeth!! All members of the crew were issued both bear spray as well “bear-bangers”: single-shot flares that shoot into the air and explode like a fire-cracker with the aim of scaring off large mammals.

Rusties nest in coniferous boreal wetlands, so we focused our searches in these habitats. To detect Rusties, we used “playbacks”, recorded vocalizations of the species, in hopes they would respond to the song of another rusty blackbird. We saw many species in this area but no Rusties so we decided to switch locations and continue searching for better rusty blackbird habitat. 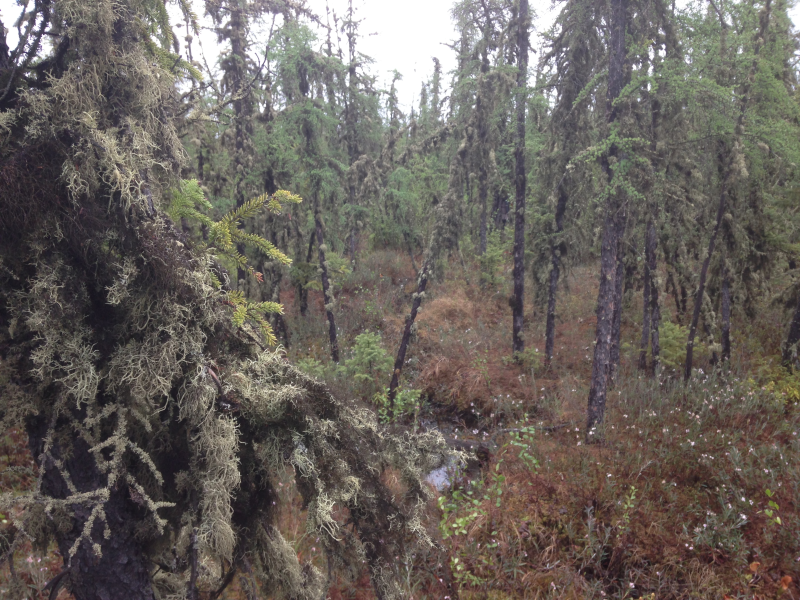 As we drove to the next field camp, my hopes rose as the landscape grew thicker with spruce – more closely resembling Rusty Blackbird breeding habitat I had seen in Maine, New Hampshire or Alaska. Our target was Lake MacLellan – a large lake with a very large spruce-filled bog to the west of the lake.

On our first day near Lake MacLellan we drove as far as we could with our field vehicle, then set out with our bear spray and GPS units on foot. We walked for many hours but despite our best efforts, we never heard or saw the species. The second day started out frustrating as well; trudging step after step through the soaking sphagnum moss, hoping to hit patches of permafrost for a little solid ground to walk on. Again and again we came up empty handed; no detections of rusty blackbirds. We decided to keep walking and try one last time before heading back to camp.

Good thing we did because almost immediately the habitat started to change for the better. There were small, shallow puddles of water (foraging habit) and more stunted lichen-covered trees (nesting habitat). We raised the speaker, pressed play and heard what we’d walked 40km though a bog to hear: the squeaky kirk-Leeeeeee of the Rusty Blackbird’s song. We looked at each other, pumped our fists in the air and slapped each other five. Finally! 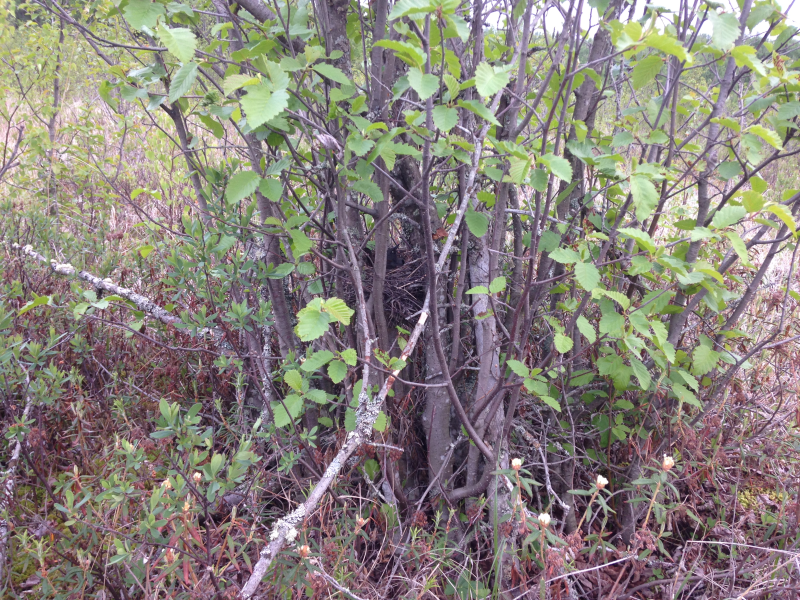 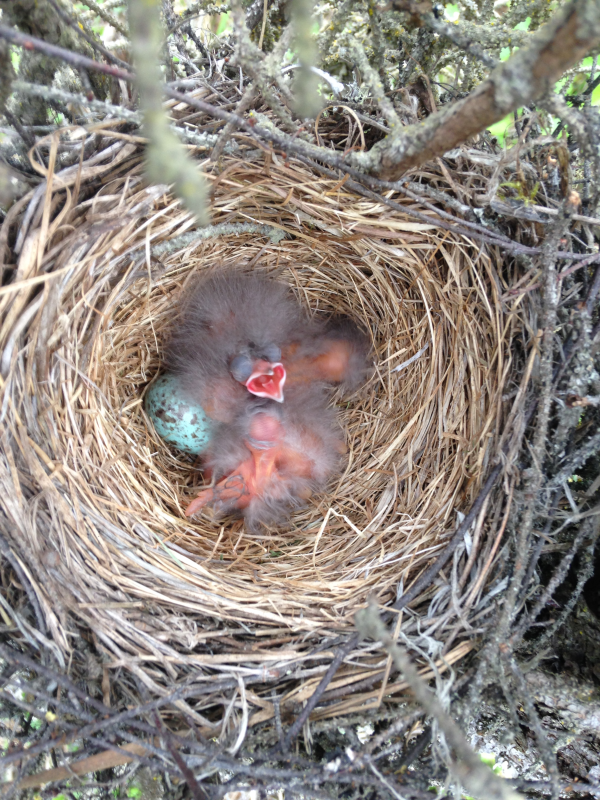 Several more days of searching this area revealed that the pair we first found was just the outer edge of a large colony of Rusty Blackbirds – perhaps 50 or 100 pairs in total – probably the largest known colony of the species in the world. We believe the key was the habitat: thick, wet sphagnum blanketing the ground for many kilometers in all directions, threaded with waves of old, but stunted (3-4m tall) larch (also known as tamarack) trees dripping with lichens. The wet bog-like environment – known as a fen – provided foraging habitat for the species, protection from predators (relatively few other animals live in fens) and concealment for nests in the form of the dense lichens.

Male Rusty Blackbird with GPS geolocator and color bands. Color bands will help us locate this bird in 2016 so that we can recover the GPS. Shots like this of the underside of the wing can help us age Rusty Blackbirds—second year birds can retain some juvenile feathers in the underwing coverts. 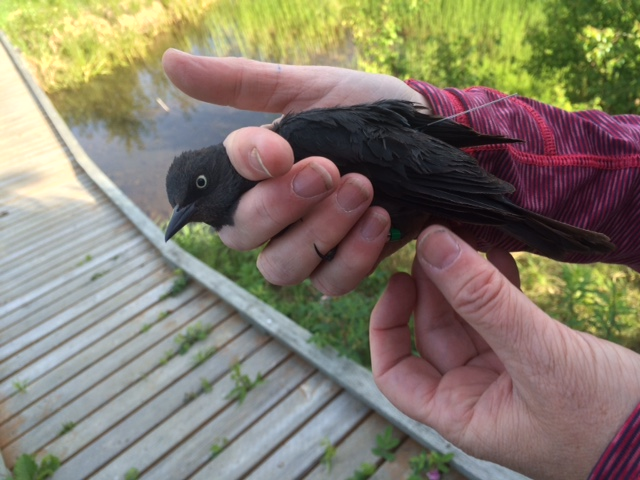 About the Author
I am a postdoctoral scientist at the Smithsonian Migratory Bird Center focusing on wildlife conservation and ecology.
Social Share