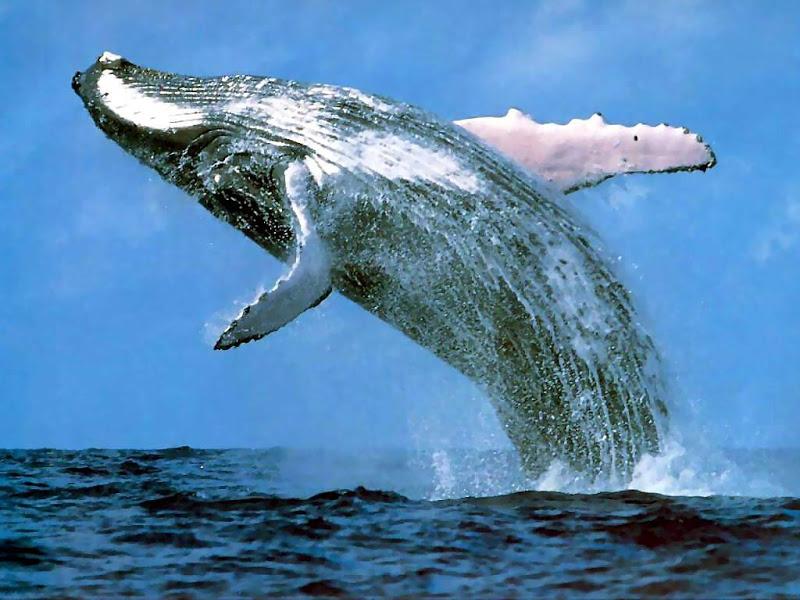 Molecular genetic analyses are commonly used to study dispersal and population connectivity in animals. Innovative use of genetic data, particularly in combination with other approaches, has provided new insights on movement from local to global scales. Topics of interest include sex-biased dispersal patterns, natal site fidelity and dispersal trends, long-distance dispersal, movement or gene flow between populations, and identification of migration pathways (Haig et al. 2011).

In the past, investigations have not always yielded the most definitive results because it was difficult to identify enough markers capable of differentiating populations. However, recent development of fast-throughput sequencing has revolutionized our ability to identify hundreds of thousands of variable microsatellites and other types of genetic markers (see Lerner and Fleischer 2010).

Molecular markers, such as DNA markers, in migratory connectivity research are used to identify genetic differentiation among populations. Markers include mitochondrial (mt)DNA and microsatellites that may be different throughout the range of a species (Broquet et al. 2009, Lerner and Fleischer 2010, Lowe and Allendorf 2010).

Tracking populations throughout the annual cycle

Birds and other flying animals that readily disperse hundreds or thousands of miles to new breeding areas often have panmictic populations that do not show any evidence of genetic differences (Broquet and Petit 2009). This can make it difficult to use molecular markers to track populations throughout the annual cycle. There are three potential solutions to this problem:

Although analyses of high-dispersal species may have a number of challenges, it is important to recognize that many widely dispersing species have populations that are readily identifiable with molecular markers. Most noteworthy are those where geneticists have used this attribute to track illegal possession of marine mammal meat (see Baker et al. 2008, 2010). 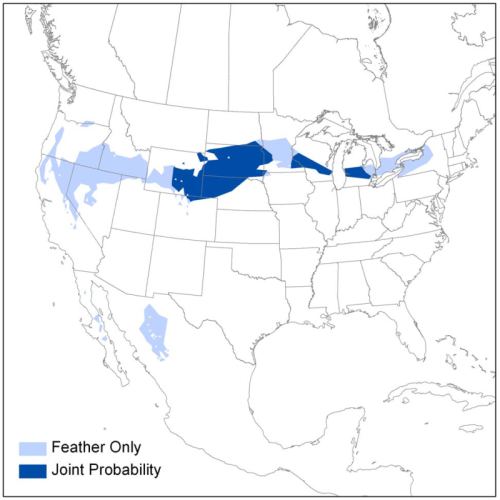 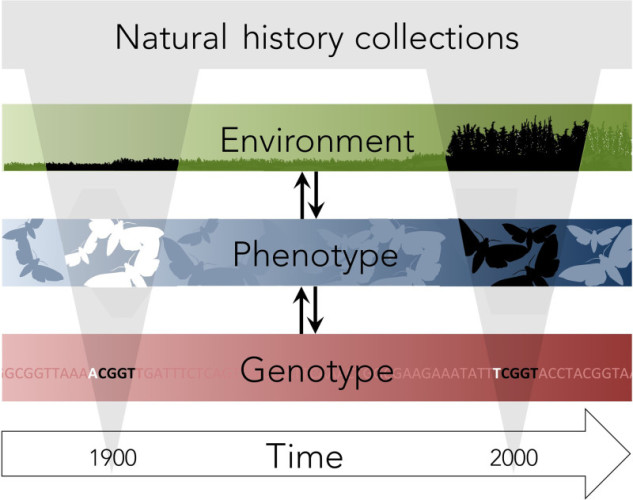 Museum collections are useful for understanding how genetics have have changed over time. Holmes et al (2016) show this relationship here.

Analysis of molecular markers in individuals requires the collection of genetic material. This is most commonly collected through blood samples, but can also include hair or feathers. mRNA extracts can also come from tissues such as brain, eye, or liver (Liedvogel et al. 2011).

A benefit of using this method is that samples can also be collected from museum specimens. Genetic materials collected from museum collections can help answer questions about the evolution of traits, including migration and migratory connectivity (Holmes et al. 2016). The use of ancient DNA in particular can reveal historical patterns and connectivity of species to better understand current patterns and predict future changes (Beadell et al. 2009, Hoelzel 2010).

The strongest connectivity studies are carried out using a variety of approaches. Often a molecular component would be useful but a scientist is not set up to carry out the analyses in their own lab. Fortunately, many labs routinely carry out molecular analyses of population connectivity and are happy to discuss partnerships. Working with service labs requires forming a scientific partnership.