This summer, I spent several weeks capturing Common Nighthawks in northern Alberta.  Since nighthawks are crepuscular, our work day would start off with an enormous cup of coffee at 8 pm, a critical step to working through the night. It was pretty normal to crawl back into your sleeping bag as the sun started to rise. 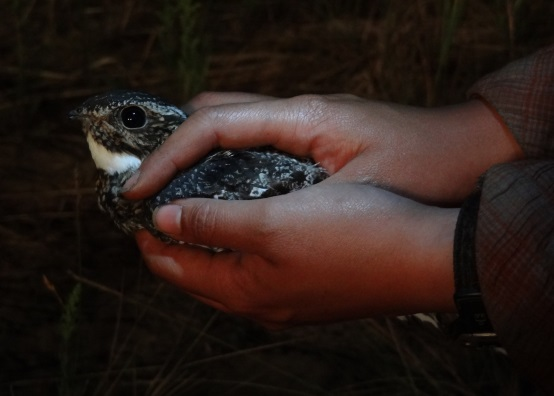 Nighthawks are adapted for foraging at dusk and dawn, when light is dim. Their eyes are huge and are more similar to an owl’s eye, giving them great night vision. Photo: Elly Knight

The work is part of a collaboration between Erin Bayne’s lab  at the University of Alberta, the Smithsonian Migratory Bird Center and the Migratory Connectivity Project. By tracking birds using cutting-edge technology, our goal is to learn about bird migration. When do they leave? Do they use a migration highway? Where do they spend their winters? Especially for understudied species like the common nighthawk, we have little to no idea what happens once they leave Canada.

Common nighthawks are a Neotropical migrant, which are birds that spend their summers breeding in North America and then migrate to Central or South America to spend their winters. It’s thought that they migrate to Brazil and Argentina in the winter, but there are a number of similar looking nightjars found in Central and South America that make it difficult to confirm. 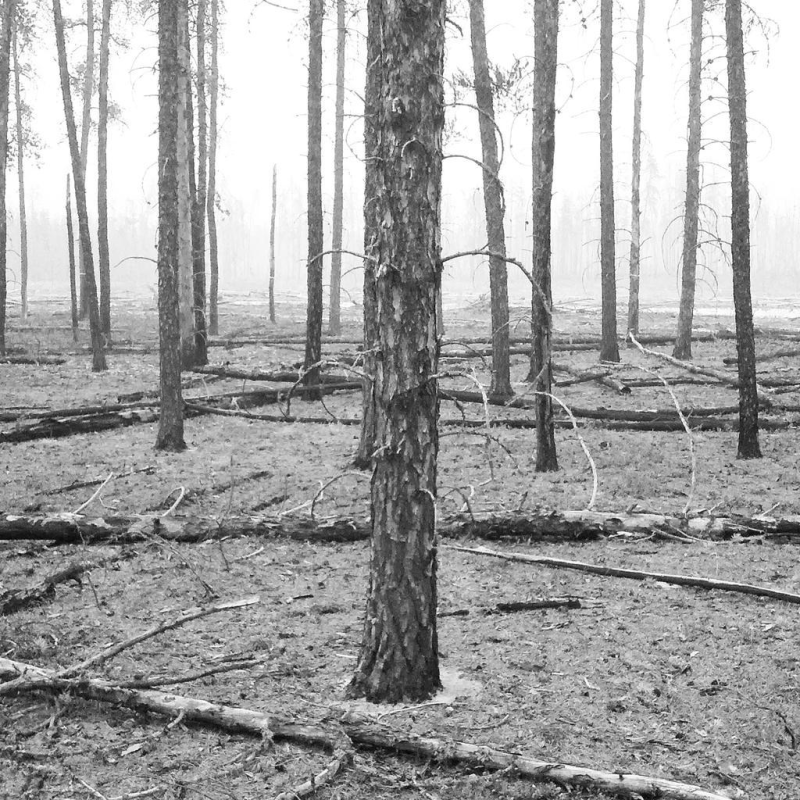 We found many territorial nighthawks in cut blocks and open stands of burned jack pine like this. Birds were extremely defensive, so we can only guess that they had nearby nests that they are protecting. Photo: Janet Ng

New technology is very light and very accurate. The latest and greatest satellite transmitters are giving scientists their first opportunity to track nighthawk migration. My job was to catch the birds and attach transmitters as tiny backpacks.

Catching nighthawks is easier said than done. Nighthawks are aerialist insectivores, meaning that they catch flying insects. They are agile, fast flyers and have incredible eyesight to pinpoint their tiny flying prey. Their superb vision also means that they can see mist nets even with little light. They are great at dodging nets and I’ve seen nighthawks fly over, under, and around nets. Despite being totally infuriating to watch, it’s spectacular to see these birds in action. 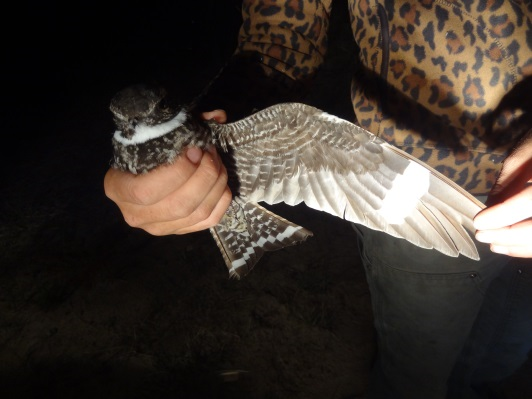 Elly Knight, a Ph.D. student studying nighthawks, inspects a bird. Birds need to be beefy (i.e. heavy and strong enough) enough to carry a transmitter. This male was one of our largest birds, as evidenced by his prominent white throat patch. Photo: Janet Ng

Good thing for us is that nighthawks are extremely aggressive. They don’t like competitors in their territories and will forcefully chase intruding nighthawks away. Bird biologists can capitalize on this behaviour by using a cardboard decoy nighthawk and a speaker that plays nighthawk calls. Territorial males think that there is an intruding male and zip in to chase the offending bird.   Nets set up around the decoy and speaker catch the male as he flies in aggressively. Generally things go according to plan and by the end of the season, we caught 20 nighthawks and deployed transmitters onto 10 of them.

After weighing each bird, we attached tiny satellite transmitters using a backpack harness. The transmitter sits square between the shoulders, attached with elastic threads around the bird’s body that allow the bird to fly comfortably. 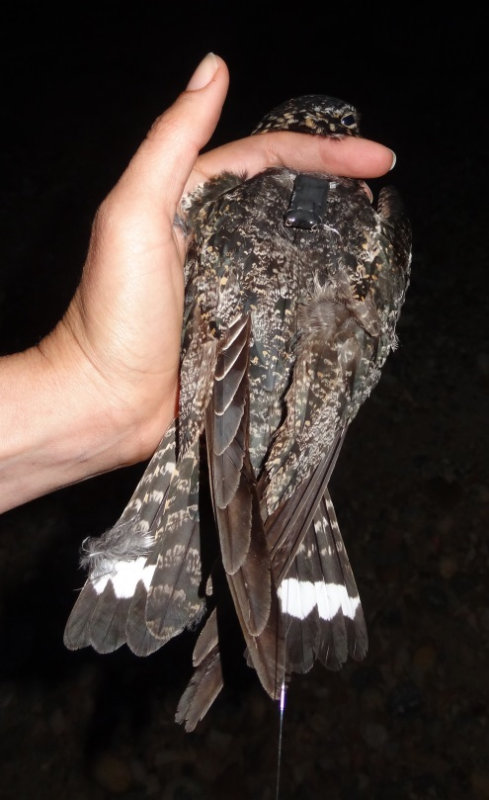 When the bird is ready to be released, the satellite transmitter sits squarely on its back and between the shoulders. Photo: Janet Ng

My favourite part of capture work is the release. Ready to go with their new backpacks, we wished each bird good luck. The transmitters store the movement data until next summer, so until then, we have our fingers crossed that these birds have successful nests and reveal their migration secrets. 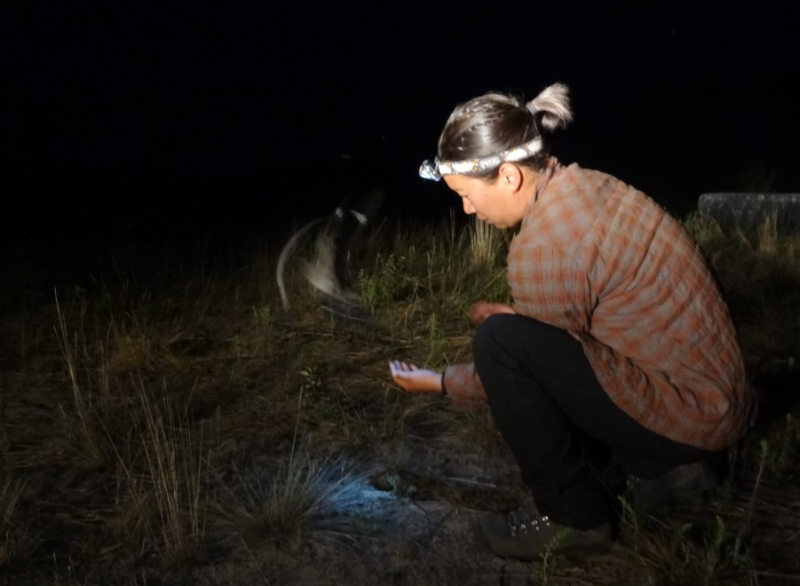 Releasing a male nighthawk wearing his brand new satellite transmitter. You can see the white wing patches on the bird as he flies away. Photo: Elly Knight