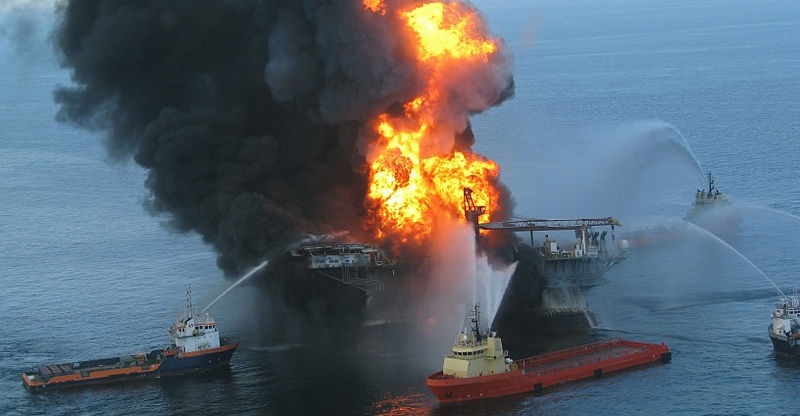 Energy extraction and accidents like an oil spill can compromise stopover habitat, migratory corridors, and breeding and wintering areas that are critical to animal survival and breeding success. Connectivity information is essential to understand and minimize impacts to threatened populations.

Dams are a source of energy, water, and flood control. But they are also impassable barriers to migratory fish, and their turbines can kill small fry as they swim downstream. Massive dams such as the Three Gorges Dam have already wreaked havoc on fish migrations.

Restoration, however, is possible. The largest dam removal project in the history of the United States will remove two dams on the Elwha River in Washington. Researchers are currently working to understand whether restoring salmon runs will introduce marine-derived nutrients and affect the ecosystem above the old dams.

As gas and oil reserves are depleted and demand heightens, exploratory and active drilling will continue to increase. To understand the affects of drilling on migratory species, regulators need knowledge of which populations are affected and their migratory connectivity. Carry-over effects can have repercussions beyond the area of energy extraction.

Drilling on land can also have lasting effects on both migratory and sedentary populations. Exploratory drilling causes habitat fragmentation and can affect migration and other animal behaviors.

For wind farms to be successful, turbines must be placed where there are frequent and strong winds. Unfortunately, these sites are also favored by migratory birds and bats, and fatal collisions are common (¼ – ½ million birds are killed each year).

Oil is moved via pipeline or tanker, and spills can have devastating repercussions that persist for decades. Connectivity data are important for knowing long-term consequences of oil spills on migratory populations, and they are vital to understanding both direct and indirect effects.

In addition to the toxicity of ingesting oil, a small spot of oil on a bird, seal, or sea lion can compromise an animal’s ability to keep warm. Poisoning and hypothermia are real risks of oil transportation.

Above-ground power lines are also hazardous to migratory birds. They fragment habitat, contain herbicide-treated grass, and are a collision and electrocution hazard to birds.