Some of the daily tasks of this team include enforcing nature regulations, monitoring birds, performing outreach, and enforcing regulations to prevent the illegal wildlife trade, which for parrots, is rampant. Sebastián with Fabián, another Guardafauna, will soon give a talk at a local school to explain the consequences of wildlife trafficking on wildlife and on the people. As a part of the talk, they will burn 100 cages that were confiscated while holding illegally traded wildlife. 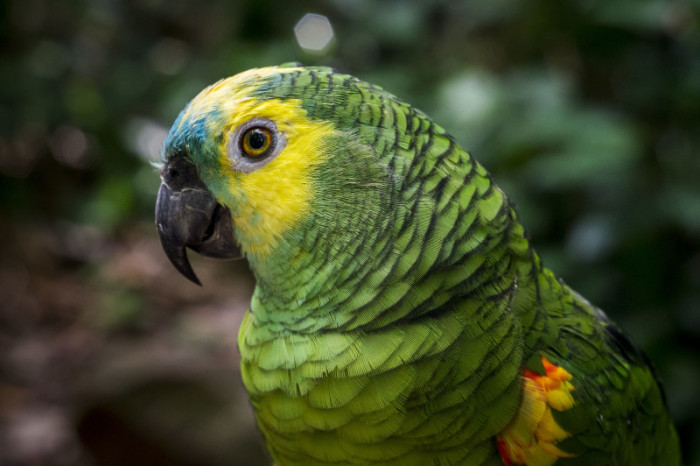 The team of Environmental Rangers and Guardafaunas are dedicated, knowledgable, and full of pride for their place as a globally important shorebird site. It inspires me.

A few of the rangers have worked with Patricia previously to capture shorebirds. But many will be new to the exciting world of cannon netting. Over the next few days the rangers will generously devote their time to this project, and tonight’s meeting is an opportunity to introduce myself, learn more about the reserve and the work of the rangers, to discuss the goals of the Migratory Connectivity Project, and to plan our capture attempts. And of course, mate is passed around the table. 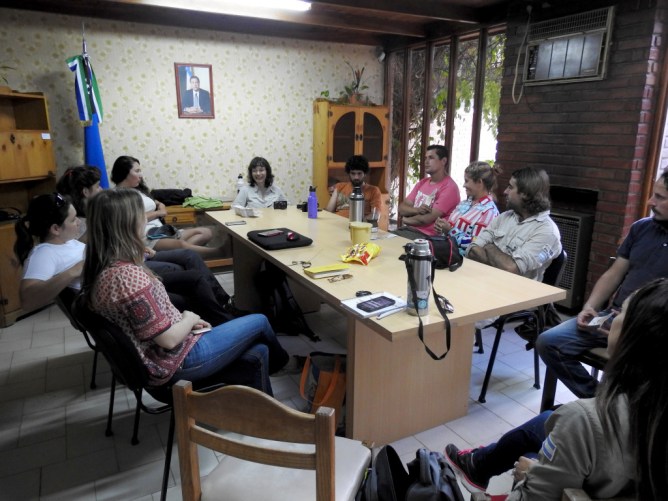 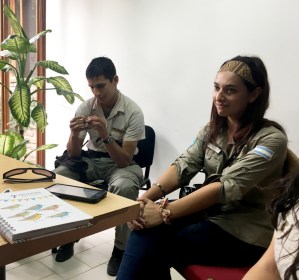 Sebastián Ortega takes a closer look at the satellite tag, with Paula Martínez enjoying the discussion. 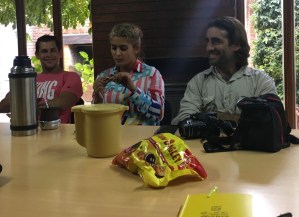 I have brought a satellite tag to pass around as well, and everyone has a lot of great questions.

Will the tags allow the rangers to learn more about local movements of Black-bellied Plovers in addition to the full migration? Yes, definitely, I answer, and there are a lot of excited faces.

Can the tags measure altitude? Other tags can, but not these tiny versions that weight only 5 grams.

How do the tags get power? A solar panel on the tag allows for solar charging.

Who manufacturers the tags? Microwave Telemetry in Columbia, MD, USA.

And, the question everyone always wonders about, the cost. $3800. With that, the tag is quickly handed back to me.

I show the team the migrations of plovers we tagged from Alaska, and promise that the migrations of any birds we tag in Argentina will have similar public maps. The rangers will be able to access the data at any time.

Throughout this discussion, Eveling Tavera has been translating for me, but now the discussion returns to full Spanish while Patricia describes the process of cannon netting and the roles we will all take. We also discuss the challenges the tides, winds, and the weather may pose this week. 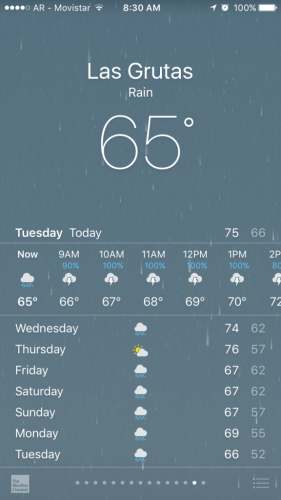 It is clear that Patricia is well loved and respected by the rangers, and to thank her for all that she is contributing to this process, she receives a few goodies from the Smithsonian National Zoo and Conservation Biology Institute. 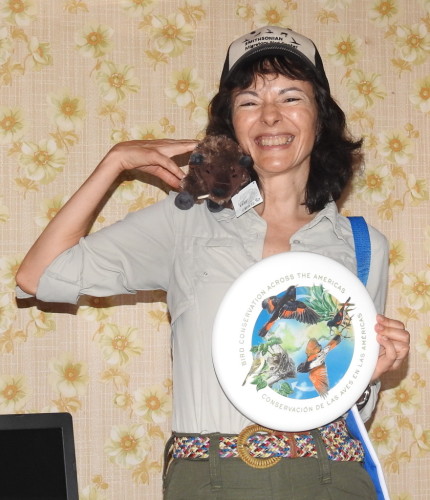 A world of thanks to the team of Guardambientales and Guardafauna assisting the Migratory Connectivity Project in Argentina.

Previous posts from the 2017 Argentina expedition: