Is this what a shorebird feels like when a storm disrupts its flight plan?

It is Friday in Miami and I’ve been sitting on a plane on the tarmac for a couple of hours. A mechanical difficulty has delayed our flight to Buenos Aires, Argentina. It is unlikely I will make my connecting flight to the small coastal town of Viedma, en route to Las Grutas. The next flight to Viedma isn’t until Tuesday. 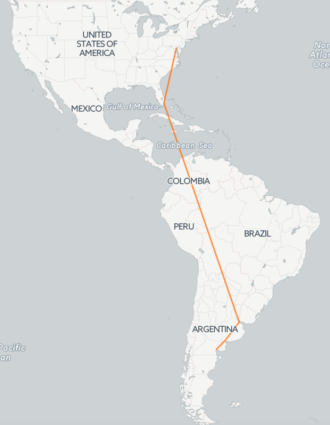 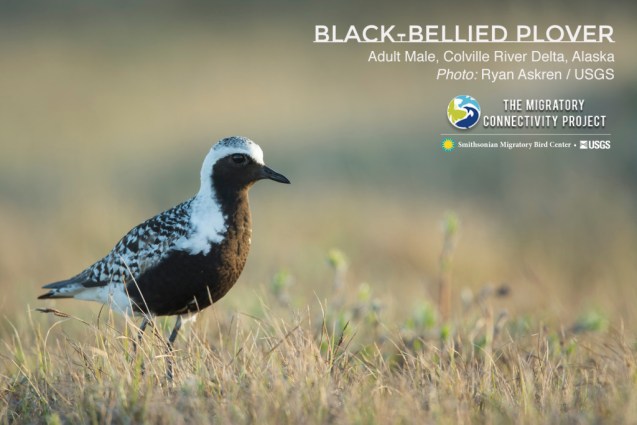 A Black-bellied Plover on his breeding grounds in Alaska

Black-bellies are a medium sized shorebird, with a world-wide distribution. For the past few years, and together with many partners, we have been studying their migratory connectivity in the Americas (see their migration paths here). We use miniature solar-powered satellite tags that communicate with the Argos satellite system (more on that later!). But so far, none of our birds have flown to the very south of their range…Patagonia. In Patagonia, they are called Chorlo Ártico, the Arctic Plover.

The overnight flight finally arrives on Saturday in Buenos Aires but I do not have enough time to clear passport control, retrieve my bag, clear customs, and transfer airports from the international airport to the domestic airport, 40 km (or about 25 miles) away.

After a fun taxi ride listening to the sweet tunes of my childhood (Berlin’s Take my breath away, and Groove is in the heart by Deee-Lite), seeing a horse in the median of a highway, and passing by the world’s first religious theme park Tierra Santa in which visitors can walk through an animatronix recreation of Biblical Jeruselem, I’m stoked to be in Argentina. 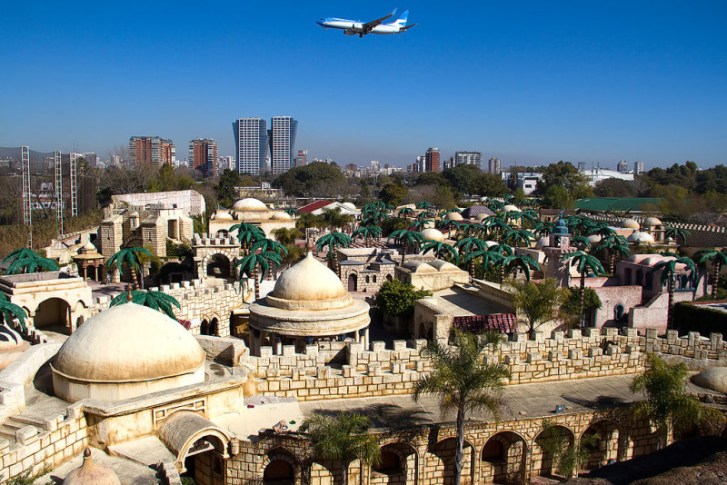 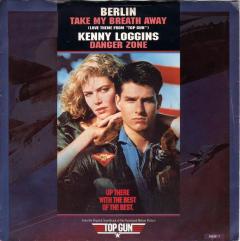 Berlin’s Take My Breath Away. You may know it from Top Gun 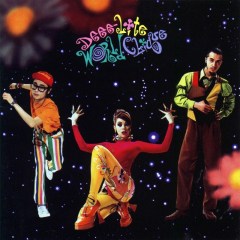 Better known as, I couldn’t ask for another…

I arrive at the domestic airport at the exact time of my flight’s departure. An adventure begins.

Our work here is in collaboration with Argentina’s finest, Patricia González, a tireless and passionate shorebird and conservation biologist. You may have heard of her in connection to the excellent book, Moonbird. The book tells the story of the Red Knot banded by Patricia in 1995 whose collective annual migrations between Tierra del Fuego and the Canadian Arctic exceed the distance between the Earth and the Moon. Today she spends hours helping me with my disrupted journey, helping me find my way to the beautiful stretch of coast where we will work this week.

I exchange my forsaken ticket to Viedma for one to Bahía Blanca, and then tomorrow, will hitch a ride to Las Grutas with Rodolfo Sarría, a raptor biologist who is graciously volunteering to help us capture birds this week. It’s all happening. 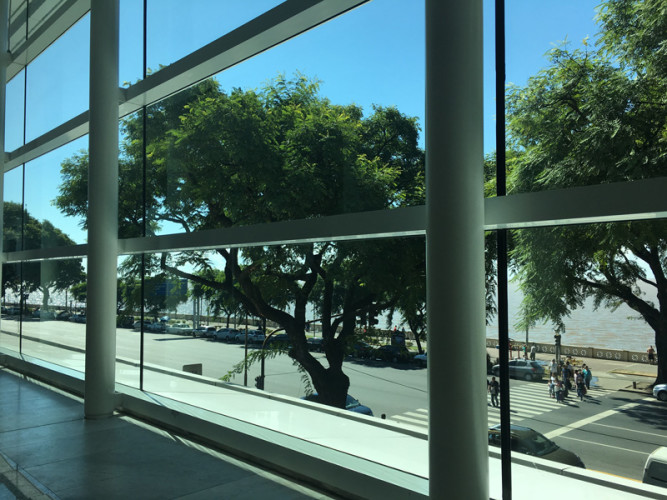 Not a bad place for an unexpected stopover. Water view at Aeroparque Jorge Newbery in Buenos Aires

After spending a sleepy six hours in the pleasant airport watching sailboats pass by from an incredible water view, I fly to Bahía Blanca for a much needed rest. But not before spending a moment to appreciate the name of my hotel: Hotel Argos. 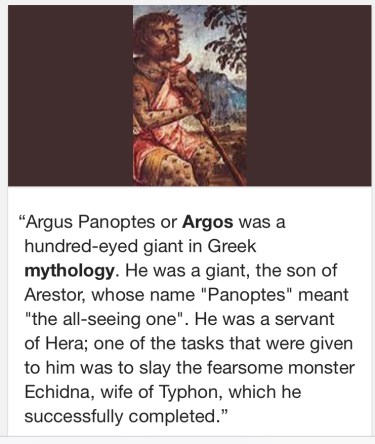 Argos, the many-eyed inspiration for the Argos satellite system 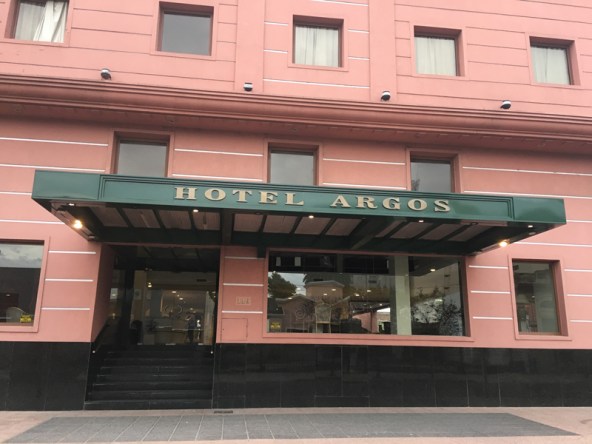 Maybe this hotel is named after the ancient city in Greece, but I prefer instead to liken it to the satellite system that is linked to our tracking tags. In Greek mythology, Argos was a many-eyed giant, the namesake of the Argos satellite system ecologists rely on to track animal movements ranging from birds, to seals, to alligators.

Learn more about how it all works with this video from CLS America.

And now, my ride is here and I’m back on course.

A 420 km road trip (261 miles) will take me to Las Grutas on the coast of northern Patagonia only a day behind schedule. Hablo un poco español, y Rodolfo speaks a little English. What could go wrong? Maybe I’ll put my iTunes on and play Rodolfo some Deee-Lite.