We are walking a beautiful stretch of beach at Puerto San Antonio Este in Argentina to search for Black-bellied Plovers. This beach is part of the Reserve Natural Bahía de San Antonio and is an important stopover site for hundreds of thousands of migratory shorebirds on their way to the Arctic.

Following some exciting travel adventures, this is my first full day of field work in Argentina. Many southern hemisphere animals are new to me (South American sea lions!, Magellanic penguins!), and I’m excited. 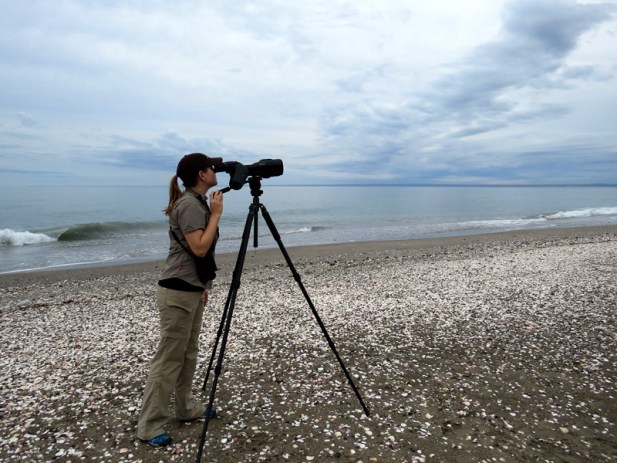 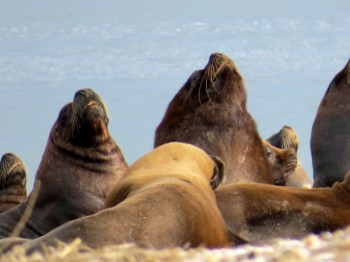 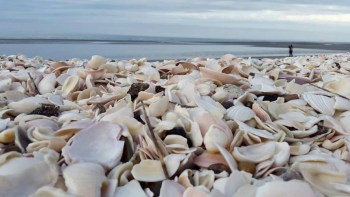 The beach is carpeted with shells. The crunch underneath while walking on them is loud enough to make conversing difficult. But the sound they make when the waves toss them in the swash is one of the prettiest sounds I’ve ever heard. Like a marimba being played directly in the waves as they roll gently on the beach.

Today I am with a respected team of Argentinian biologists: Patricia González, Verónica L. D’Amico, Marcello Bertellotti, and Rodolfo Sarría. We will survey the beach today, looking for Black-bellied Plovers, and discussing capture possibilities.

Marcelo is a marine biologist specializing in conservation and management and has worked on southern right whales and Magellanic penguins. Verónica, Marcello’s better half, studies the general health of marine birds and the impacts of humans on their populations. Rodolfo is a graduate student studying harriers, but I get the impression he often gets roped into shorebird adventures. 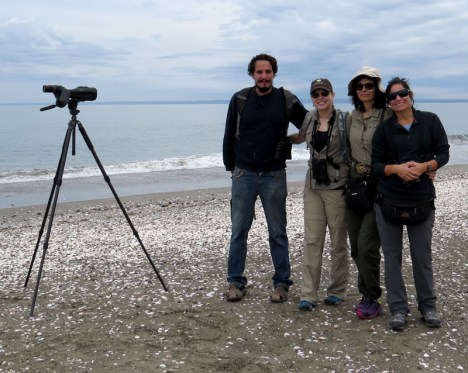 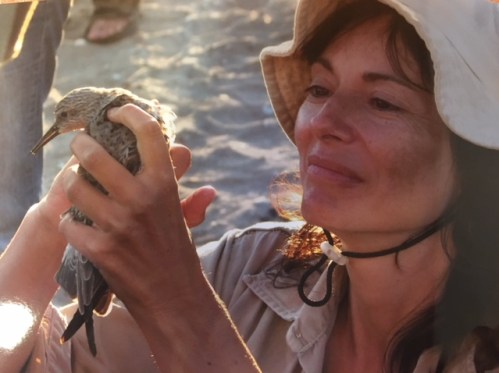 And Patricia is a champion of shorebird conservation. Pablo Fracas, another gracious volunteer for this field expedition and a devoted Argentinian birder, says of her, “if you say shorebird in South America, whoever you are talking to, in Peru, in Uruguay, in Argentina, they say, Patricia.”

An additional team is surveying for plovers on another stretch of beach. Eveling Tavera has come from Peru from CORBIDI, Peru’s center for ornithology and biodiversity. She is the Director of Peru’s bird banding program and a trainer in shorebird banding and capture skills. Three graduate students round out the team: Pablo Fracas from the University of Buenos Aires, Glenda Hevia, Center for the Study of Marine Systems, National Patagonian Center, and Sofia Capasso, Center for Parisitology and Vectors.

It seems, they are doing things the Argentine way through and through. With a side of mate. 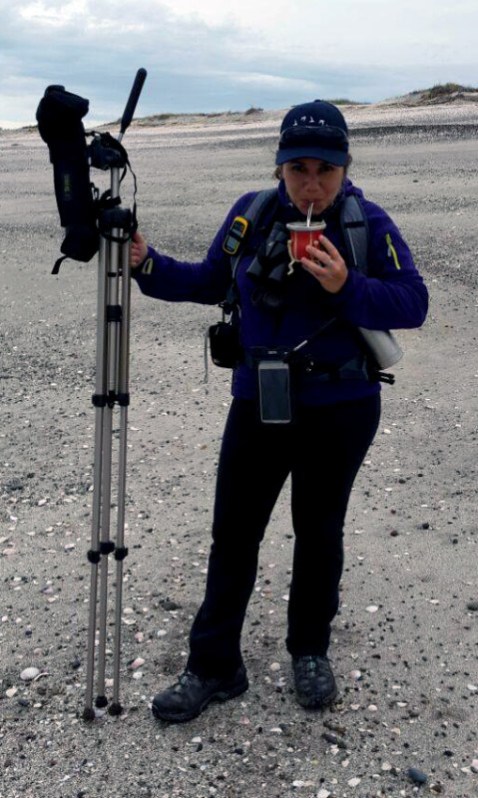 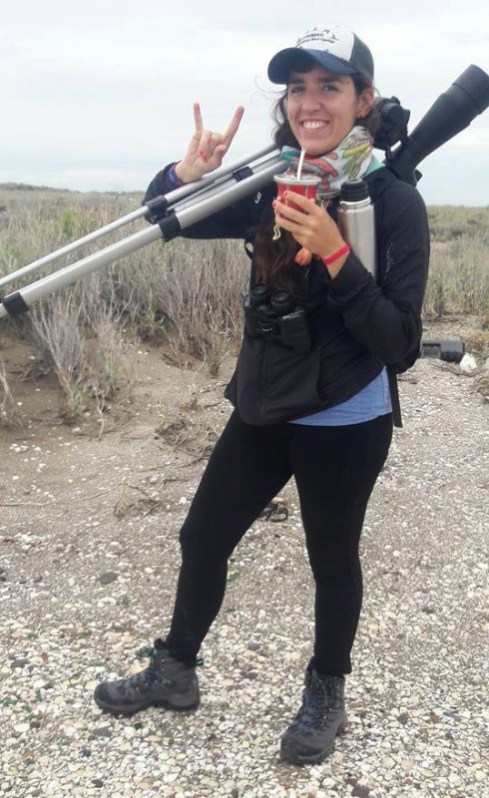 As our team hikes the beach we stop here and there, looking through scopes and binoculars at distant flocks of birds.

And then, we see them. A flock of about 120 Black-bellied Plovers (Chorlo Árticos in Argentina, Grey plover outside of the Americas, and Pluvialis squatarola in Latin). Some are already transitioning to their breeding plumage.

And now, the capture planning begins!