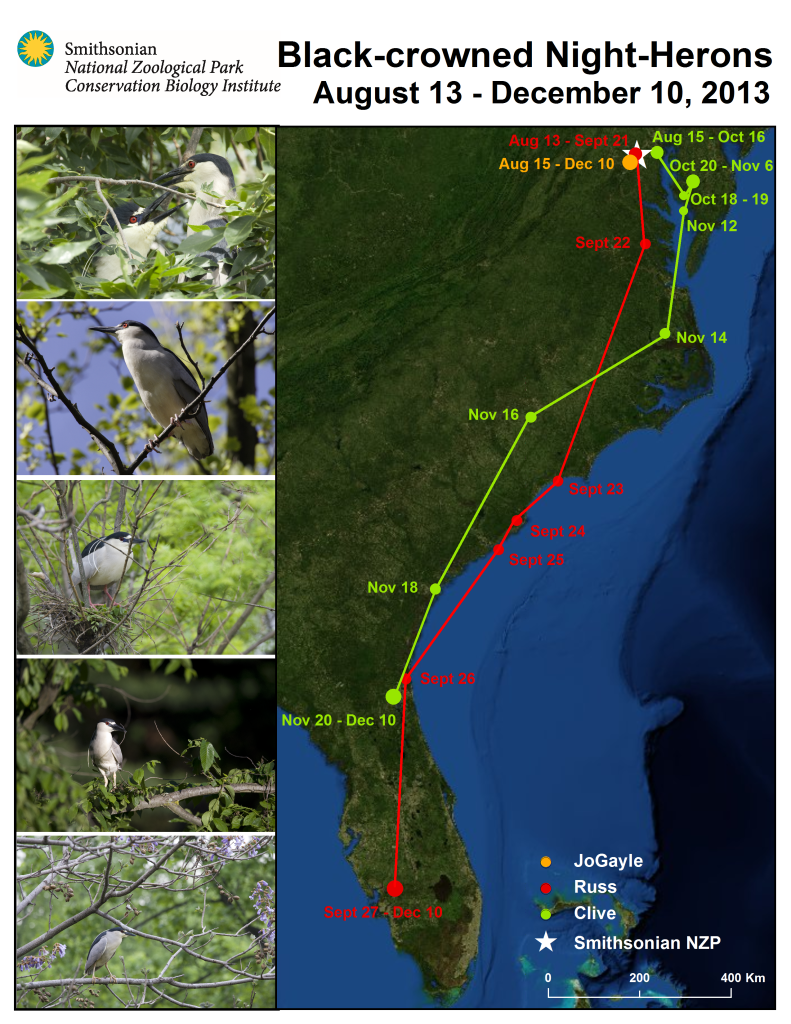 Satellite tracking (as of 12-11-13) of black-crowned night herons from their breeding colonies at the National Zoological Park, D.C., to their wintering grounds.

Every spring, approximately 100 black-crowned night herons show up at the Smithsonian’s National Zoo to initiate breeding –right here in our own back yard. Although the herons have been nesting here since before the National Zoo was established, we do not know where they spend the winter. Until now! Last August, the Smithsonian’s Migratory Bird Center began a pilot study to unravel this mystery. Three adult herons from the rookery were fitted with satellite transmitters, and we’ve been following them ever since!!

Next spring, these birds will return to the National Zoo. There, visitors will again witness their breeding activities first-hand. Meanwhile, it remains to be seen whether the current locations of these birds are staging areas or final destinations. One thing is certain, we know more now than we did two months ago! Be sure to check in again at the National Zoo’s website for the next chapter in the lives of these birds. 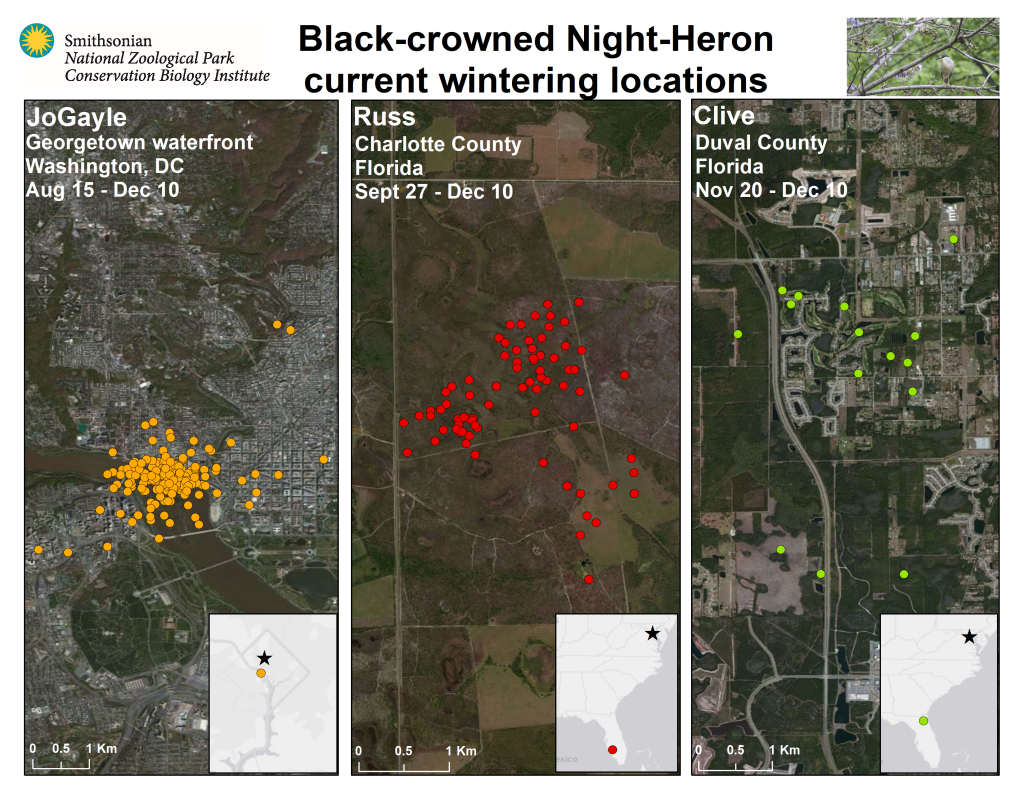 Current winter locations of the National Zoological Park’s black-crowned night herons, as of 12-11-13.