During the summer of 2019, scientists from the Smithsonian Migratory Bird Center embarked on two expeditions to Alaska to study arctic-nesting birds as a part of the Migratory Connectivity Project. Our primary goal was to continue a study of jaegers, a group of seabirds known as skuas outside of North America. Jaegers are aggressive but graceful and rarely visit land except to breed. Due to their oceanic habits, globe-spanning migrations, and breeding grounds in the Arctic, little is known about North American jaegers. 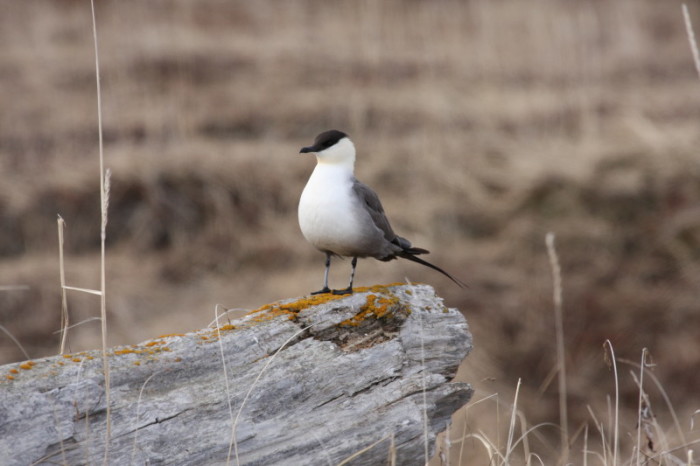 This summer, we expanded our study of Long-tailed Jaegers to include all North American species, including also Parasitic Jaegers and Pomarine Jaegers. We fitted the birds with small solar-powered satellite tracking tags to follow their movements, and in doing so hope to discover where in the vast oceans these birds find the resources they need.

We also contributed to a collaborative research study on the post-breeding movements and migrations of Alaskan shorebirds, led by U.S. Fish and Wildlife Service. We deployed small GPS tracking devices on two species of shorebirds, the American Golden-Plover and Red Phalarope. And their team helped with our study too, deploying two satellite tags for us on Pomarine Jaegers at their field sites.

The first team arrived in the town of Nome, Alaska shortly after the birds returned to their breeding grounds. We spent several days exploring the surrounding tundra, searching for two species of jaegers (Long-tailed and Parasitic) and American Golden-Plovers. 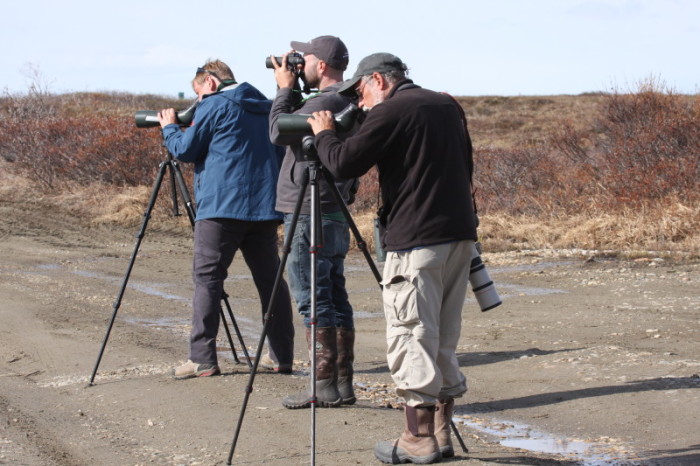 Long-tailed Jaegers, the smallest and most graceful of the jaeger species, are abundant in this area and we were quickly able to locate several nesting pairs.

American Golden-Plovers are also common in some areas, but due to their incredible camouflage they can be difficult to locate when nesting, requiring a lot of searching time. We also looked high and low for the nests of Parasitic Jaegers, the bulkier of the two species that breed here, but were not able to find any. The behavior exhibited by the Parasitic Jaegers we observed seemed to suggest they were still courting and perhaps we were too early to find their nests.

While we searched the tundra and hillsides we were also treated to spectacular Alaskan landscapes, as well as sightings of Muskox, Brown Bear, Gyrfalcon, and other iconic Arctic wildlife. By the end of the expedition we had successfully deployed satellite tags on five Long-tailed Jaegers and three American Golden-Plovers. A great success! But the Parasitic Jaegers still eluded us, giving us tantalizing glimpses but no capture opportunities. We hoped the second expedition would have better luck with this species. 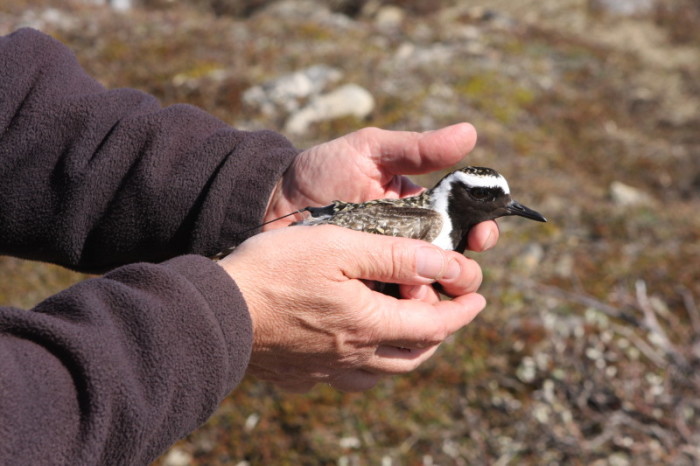