A ghost of the eastern marshes

Home » Home Page News » A ghost of the eastern marshes

by David Newstead
Comments are off

We are working with a group of managers and researchers to unravel the mysteries of the Long-billed Curlew life cycle. An expedition to South Carolina and Georgia was the next step in trying to understand where conservation efforts should be directed to prevent this species from becoming no more than a ghost of the marshes.

In recent years researchers have learned a lot about the connections between breeding and wintering grounds of Long-billed Curlews in the intermountain west, the valleys of California, and northern Mexico. And we’ve learned about their migrations from the central and northern prairies of the U.S. and Canada to the Texas Gulf Coast. The species is of conservation concern rangewide. Many threats have been identified.

But, the precise causes for near-extirpation of the species from the US Atlantic coast, and the locations of breeding for the remaining few birds that overwinter in the southeastern US, remain a mystery.

Audubon and his Lowcountry Curlews 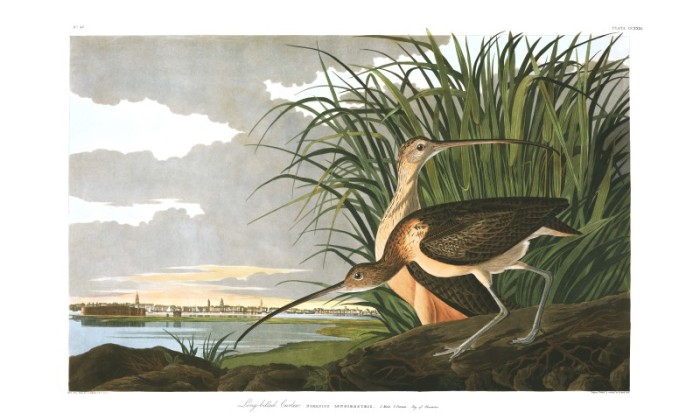 Curlews were once so plentiful in the southeastern U.S. that John James Audubon chose Charleston, South Carolina’s iconic skyline to backdrop his Long-billed Curlews. His experiences are documented in his species account:

Accompanied by several friends, I left Charleston one beautiful morning, the 10th of November, 1831 with a view to visit Cole’s Island, about twenty miles distant.

… The sun at length sunk beneath the water-line that here formed the horizon; and we saw the birds making their first appearance. They were in small parties of two, three, or five, and by no means shy…As the twilight became darker the number of Curlews increased, and the flocks approached in quicker succession, until they appeared to form a continuous procession, moving not in lines, one after another, but in an extended mass, and with considerable regularity, at a height of not more than thirty yards, the individuals being a few feet apart. Not a single note or cry was heard as they advanced. They moved for ten or more yards with regular flappings, and then sailed for a few seconds, as is invariably the mode of flight of this species, their long bills and legs stretched out to their full extent. They flew directly towards their place of rest, called the “Bird Banks,” and were seen to alight without performing any of the evolutions which they exhibit when at their feeding-places, for they had not been disturbed that season.

But when we followed them to the Bird Banks, which are sandy islands of small extent, the moment they saw us land, the congregated flocks, probably amounting to several thousand individuals all standing close together, rose at once, performed a few evolutions in perfect silence, and re-alighted as if with one accord on the extreme margins of the sand-bank close to tremendous breakers.

Today, less than 100 winter along the Atlantic Coast

This remarkable shorebird, once a common winter resident in the lowcountry, has since dwindled to likely under 100 total individuals on the US Atlantic coast (and possibly less than 50, see USFWS Status Assessment). It is also known that the breeding range of Long-billed Curlews has contracted substantially, especially in the eastern part of that range extending into Minnesota and Illinois. These southeastern birds could be the last few survivors from that part of the world. 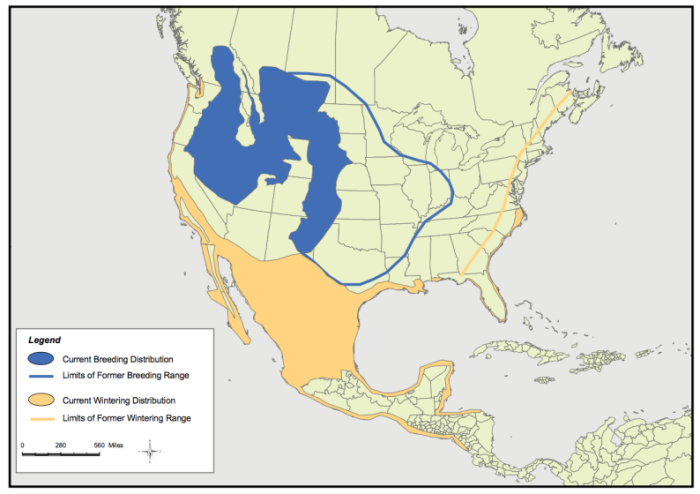 We are hoping to at last discover the paths by which southeastern Long-billed Curlews travel to and from breeding areas–wherever they may be! Stay tuned for reports of our expeditions to South Carolina and Georgia and find out whether we were able to catch and track the ghost bird of the southeastern marshes and barrier islands.

About the Author
David is Director of Bird Conservation at the Coastal Bend Bays & Estuaries Program, Corpus Christi, Texas. He conducts and manages projects involving census, survey and management of coastal birds – including colonial-nesting waterbirds, marshbirds and shorebirds – and their habitats in the Texas Coastal Bend.
Social Share