In spring 2018 researchers from SMBC travelled to Nome, Alaska to study the Bluethroat (Luscinia svecica). The Bluethroat is a widespread bird in Europe and Asia, but in the Americas this charismatic species is only found in northern Alaska. Little is known about this Alaskan population; their population size, population trends, and migratory movements are all unstudied. Our team aimed to locate and capture breeding birds, take a variety of biological data, and to fit the birds with light level geolocators. Geolocators are simple devices that have an internal clock and a light sensor. Scientists can use this data to estimate the bird’s location throughout the year, telling us a great deal about their movements.  The tiny geolocators weight less than half of a gram, and are attached to the birds backs with a small harness that fits over the legs. 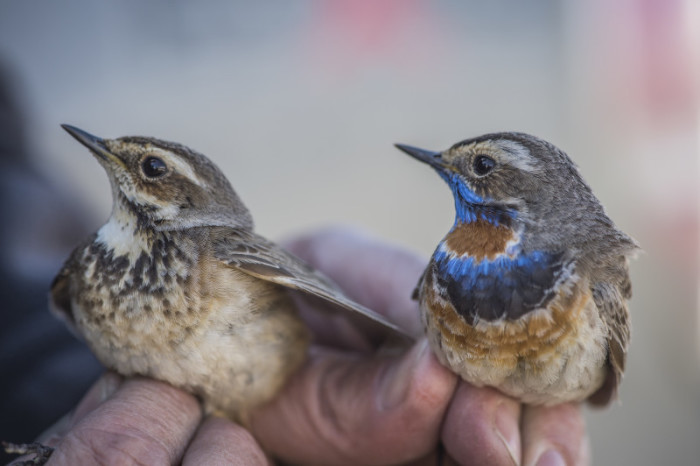 The 2018 research team was composed of Dr. Peter Marra and Timothy Guida from the Smithsonian Migratory Bird Center, and Zak Pohlen of the US Fish and Wildlife Service. The trip was scheduled to coincide with the spring arrival of the birds, when males begin to stake out territories. Newly arriving males perform spectacular territorial displays, flying over their territory singing frenetically and spiraling in the air. It was important to be there for these displays, since a few weeks later these birds settling into nesting and become notoriously difficult to find. 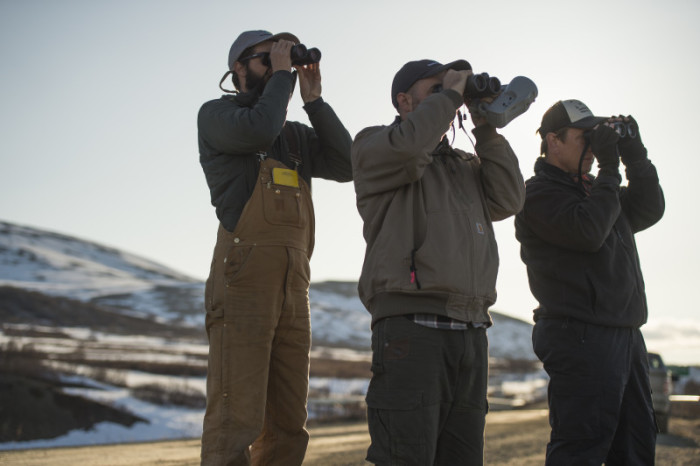 From left to right: Zak Pohlen of the US Fish and Wildlife Service, Timothy Guida and Dr. Peter Marra from the Smithsonian Migratory Bird Center. Photo: Tim Romano

Early spring in Alaska is unpredictable, however, and upon arrival the team found unseasonably deep snowpack remaining on the ground. Though the snow covered landscape was beautiful, the snow would prove to be a challenge throughout the expedition, making net placement difficult, prohibiting access to some areas, and exhausting the crew with frequent hip-deep plunges into the snow. 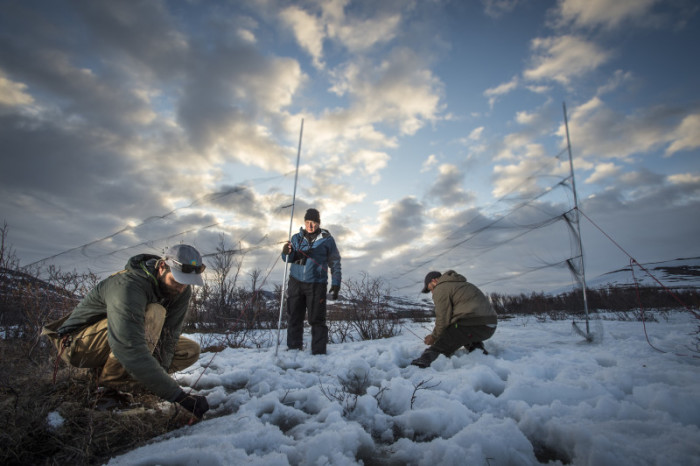 Setting up nets in the snow. Photo: Tim Romano

Nome is an amazing place for birds, and as we pursued the Bluethroats we encountered familiar migrants like Orange-crowned and Wilson’s Warblers, Gray-cheeked Thrushes, and Fox Sparrows breeding in the same habitats. Even American Robins breed here, looking out of place in the tundra. There were also birds less familiar to those of us from the lower 48: Willow Ptarmigan, Gyrfalcon, and Eastern Yellow Wagtail just to name a few highlights. Driving parallel to the shoreline a spectacular variety of ducks, shorebirds, gulls, and terns could be seen. Overall, the team encountered over 100 species of birds on the expedition.

Working long hours in challenging conditions paid off and the team was able to successfully capture 23 Bluethroats (21 males and 2 females). All captured birds were measured, color banded, and had feather and toenail samples taken for later analysis. Twenty of these birds were fitted with geolocators to determine their migratory movements. All birds were then released back into the habitat. 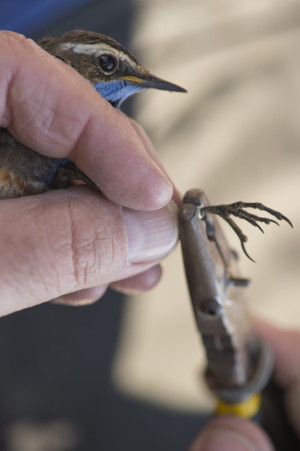 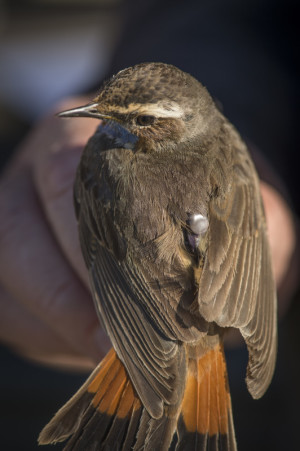 The team will go to Nome again in 2019, to continue study of this little known bird, and to retrieve the geolocators deployed in 2018. The data we gather will shedding light on the movements and biology of this species, allowing us to identify potential threats, and make informed conservation decisions. 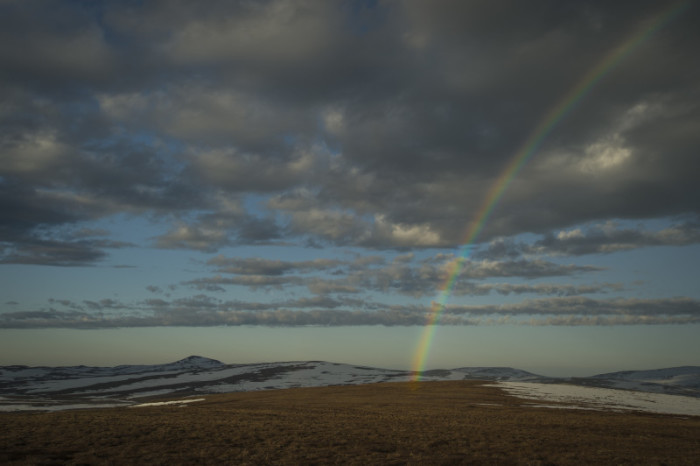