August, 2012 -Olympic athletes are impressive, no doubt. But when it comes to athletic prowess, few creatures compare to migratory birds like the eastern willet. Scientists from The Nature Conservancy use geolocators to elucidate the migratory connectivity of willets. 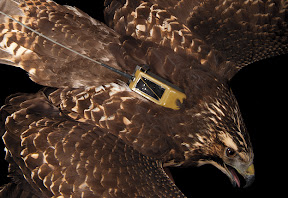 April, 2012 –For centuries, the migration of birds has been riddled with mystery: Where do birds go in winter? How fast, and how far, do they fly? New technology is giving scientists the answers, from whimbrels that navigate hurricanes as they cross oceans, to redstarts, where carry-over effects from wintering territories help determine nest success.

February, 2012 –Birds in eastern North America are picking up the pace along their yearly migratory paths. The reason, according to University of North Carolina at Chapel Hill researchers, is rising temperatures due to climate change.

November, 2011 –Efforts to conserve migratory species have been strengthened following a major UN conference on conservation. Newly-added species to Appendix I and Appendix II include the Argali, the Giant Manta Ray, the Red-Footed Falcon, the Saker Falcon, the Far Eastern Curlew, the Bristle-Thighed Curlew, and the Bobolink.