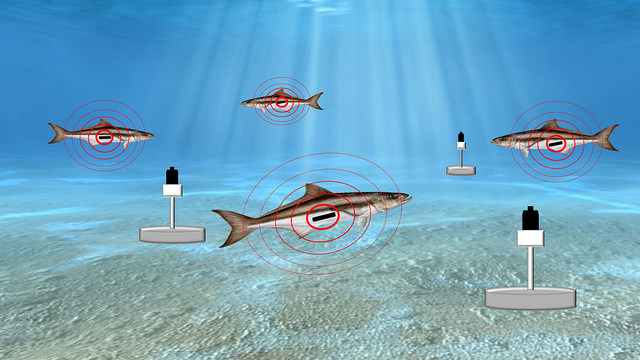 Acoustic telemetry is most frequently used to track aquatic animals, and originated in the cloak and dagger days of submarine World War I warfare. Based on the principles of sonar, the first acoustic telemetry system for studying fish movements was developed in 1956 by the U.S. Bureau of Commericial Fisheries and the Minneapolis-Honeywell Regulator Corporation. Since then, there are now global networks of underwater receivers to track organisms as disparate as octopus and sharks.

Acoustic tracking systems consist of two primary components (transmitter and receiver), which work together to provide information about moving animals. The transmitters are electronic tags that emit a series of sound pulses into the surroundings. They can be surgically implanted or attached externally to an organism. The range of signal reception can vary from a few meters to more than a thousand meters. The signal typically transmits once every minute or two, in order to conserve battery life.

Receivers are small, data-logging computers that “listen” for tagged individuals. When a signal is identified, the tag’s unique ID code is saved with the date and time. The data from any single receiver provides a record of each signal to that location by a tagged individual. Researchers might deploy many receivers over large regions to understand the movement patterns of tagged individuals. 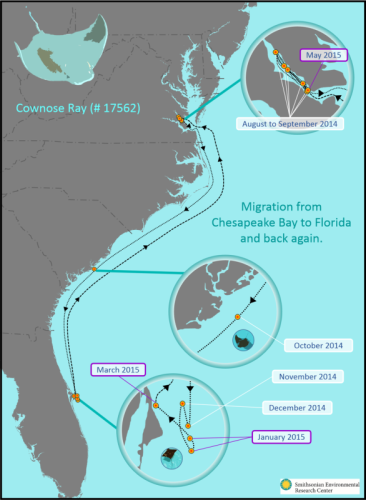 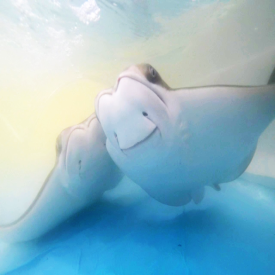